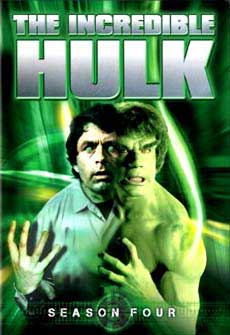 Fans of the show will remember that Bill Bixby, who played the role of Dr. David Bruce Banner, ended up in a freak scientific accident.  The result of this accident was that when Dr. Banner got pissed off, he turned into a hulking monster (played by Lou Ferrigno).  Bruce then wanders aimlessly across America, helping people out of jams along the way, while at the same time trying to find a cure for his condition.  The whole time the Hulk is off helping people out, a reporter from a tabloid magazine, named Jack McGee (Colvin), is trying to prove his existence, thinking the Hulk to be a murderous monster.