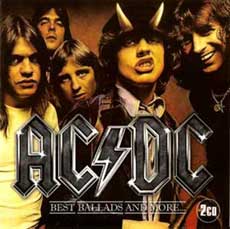 AC/DC For Those About To Rock Coaster Custom Ceramic Tile
$15.00