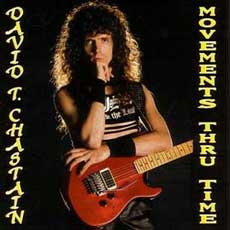 Autographed/Signed Chastain "The Voice Of The Cult" Vinyl
$149.99