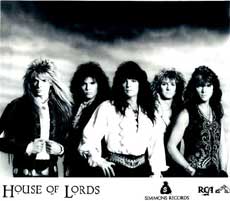 House of Lords Autographed Guitar by the whole Band new
$599.99