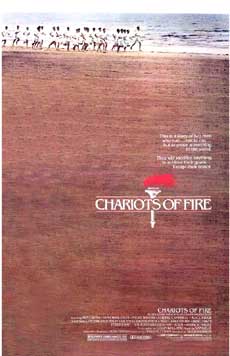 CHARIOTS OF FIRE - BLOCKBUSTER BACKER CARD/MINI POSTER NOT A MOVIE
$4.95