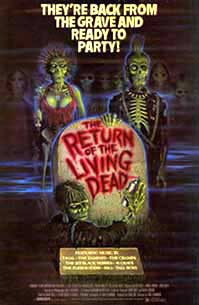 THE RETURN OF THE LIVING DEAD PATCH
$6.00