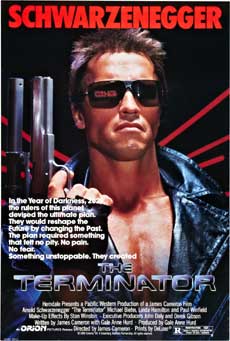 *THE TERMINATOR (1984) Close Shot Schwarzenegger as Terminator In Leather Jacket
$40.00