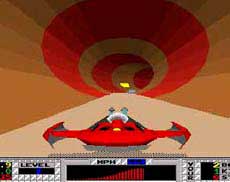 S.T.U.N. Runner (Spread Tunnel Underground Network Runner) was released in 1989 by Atari.  STUN Runner was a futuristic arcade race shooter where the player drove a speed bike through various tunnels at extremely high speeds.  Fans of the game will remember the specially designed sit down cabinet that was supposed to emulate the speed bike craft.  The player essentially had to shoot or avoid other vehicles, while choosing the boost pad paths that allowed the speed bike to travel the fastest. 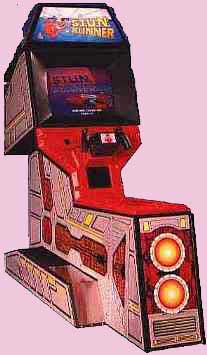 In later years, S.T.U.N. Runner was released on contemporary consoles, like the Xbox, GameCube, and PlayStation, on the Midway Arcade Treasures compilations.