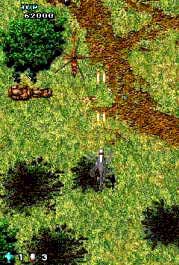 Twin Eagle, also known Twin Eagle Revenge Joe’s Brother, was a vertical scrolling game created by Seta (not Sega) and released by Taito in 1988. It was kind of an odd game, in that there wasn’t much of a story line, but evidently the player assumed the role of Joe, who, evidently, needed to avenge something bad that happened to his brother. The game was very similar to Sky Shark, except the player controlled a helicopter instead of an airplane. The player would go through the various stages blowing up enemy turrets, helicopters, ships, planes, buildings, bunkers, etc. There was power ups the player could pick up that would do things like increase the helicopter’s shot, the distance of a shot, improve the maneuverability of the helicopter, or give extra bombs (screen nukes). 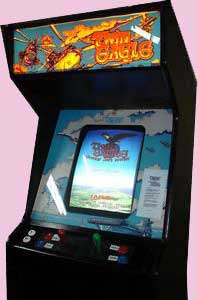 Twin Eagle was released on the NES, which is where many of you will remember playing it.