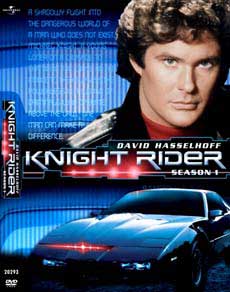 Knight Rider was a wildly popular action show that ran from 1982 to 1986 on NBC.  The show starred David Hasselhoff as Michael Knight, Edward Mulhare as Devon Miles, and Patricia McPherson as Dr. Bonnie Barstow.  The voice of the car (KITT) was provided by William Daniels.  Like many popular action shows of the day, Knight Rider had a line of toys, lunch boxes, and just about everything else you can think of.  There were a few made -for-TV movies released in the 1990’s, as well as a series reboot in 2008 that did not last long.  At the time of this writing in late 2014, a full featured film was in the works.

The start of most episodes featured the following narration, which described the show’s premise well:

"Knight Rider, a shadowy flight into the dangerous world of a man who does not exist.
Michael Knight, a young loner on a crusade to champion the cause of the innocent, the helpless, the powerless in a world of criminals who operate above the law."

Fans of the show will remember that police offer Michael Long was critically injured in a gun battle.  He is brought back to health by a billionaire named Wilton Knight, who not only gave Long a new face, but also a new name (Michael Knight).  After Wilton makes Michael the head agent for a group called FLAG (Foundation for Law and Government), Michael begins receiving guidance from Devon Miles (Mulhares), as well as use of an artificially intelligent Pontiac Trans Am called K.I.T.T. (Knight Industries Two Thousand).  Along with chief engineer Dr. Bonnie Barstow (McPherson), who is responsible for K.I.T.T., the trio goes about the business of solving crimes, helping those in need, and effectively saving the day. 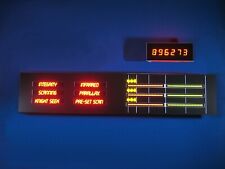 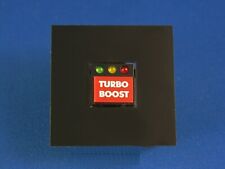 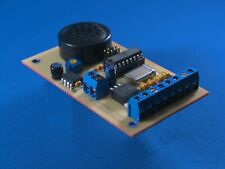 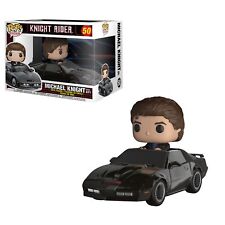 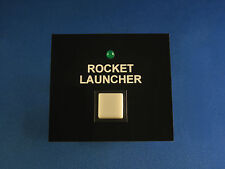 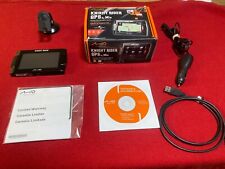 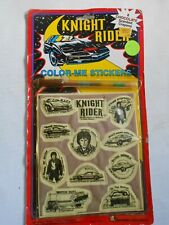 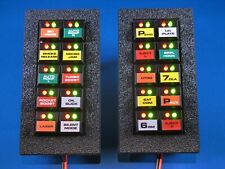 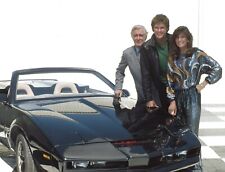