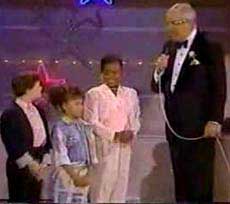 Before America's Got Talent and American Idol, there was Star Search.  The show, hosted by Ed McMahon, originally aired in 1983, and ran through to 1995 (with a short-lived reboot in 2003 featuring Arsenio Hall as the host).  The show was basically a talent show, and although the categories to slightly vary from season to season, they were basically the same (such as Male/Female Vocalist, Teen Dance, Comedy, Vocal, Group, etc.).

For each show, potential contestants would audition, and if selected, two people would compete in each category.  The two people in the category consisted of a champion, from a previous show, and a challenger.  If a performer one a certain number of shows in a row by earning the most points from a panel of four judges, that performer would go on to perform in the semi-finals, and finally the championship show (the winner of which would receive a fat check for $100k).  There were some big stars to come out of Star Search with record deals, such as the singer Tiffany, vocal group Sawyer Brown, and singer Sam Harris.  Other famous names that made appearances were Adam Sandler, Beyonce, Britney Spears, Christina Aguilera, Dave Chappelle, Dennis Miller, Drew Carey, Jessica Simpson, Justin Timberlake, Kevin James, LeAnn Rimes, Martin Lawrence, Norm MacDonald, Ray Romano, Rosie O'Donnell, Sharon Stone, Sinbad, and Usher. 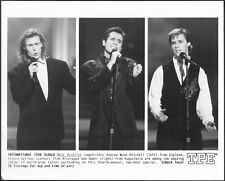 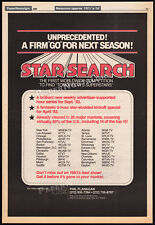 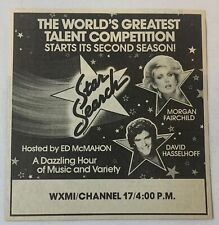