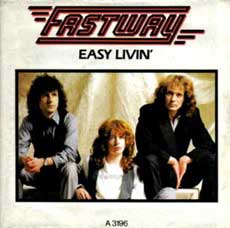 Fastway was a British band formed way back in 1983 by a couple of former veterans:  "Fast" Eddie Clark from Motorhead and Pete Way of UFO (they picked up vocalist Dave King later).  Hopefully it wasn't lost on you that the band's name, "Fastway', was essentially a concatenation of Eddie's nickname and Pete's last name.  Interestingly, Pete Way left the band to play with Ozzy Osbourne prior to the release of the band's debut album in 1983.

By the time the album All Fired Up was released,  and again for the 1985 release, Waiting for the Roar, the band's line up had changed.  Waiting for the Roar has been considered a more commercial metal album by many, and although it did not do as well as previous albums, we will recommend it.  We also liked the 1988 release On Target.

Many of you may remember that Fastway wrote the soundtrack for the movieTrick or Treat, that starred Gene Simmons and Ozzy Osbourne.  Even though the movie flopped, the soundtrack did very well, staying on the Billboard Top 200 for nearly one year.  Not long after, the original members of Fastway disbanded.  The band's 1990 release, Bad Bad Girls, no longer featured lead singer, Dave King.  Soon after, Dave King was asked to head up the band Katmandu, a short lived project featuring the song "The Way You Make Me Feel".  Fans of Fastway should definitely check out Katmandu as it is quite an eclectic mix of metal and folk metal.

In 2011, Fastway (sans Dave King) released a new album, Eat Dog Eat, which was the first new material since 1990.  At the time of this writing, the Fastway Discography was as follows: 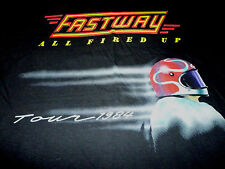 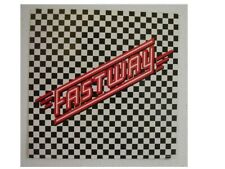 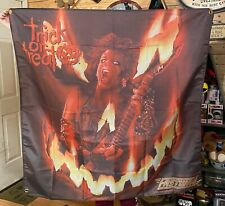 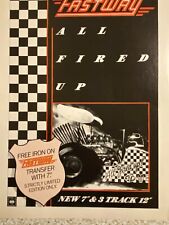 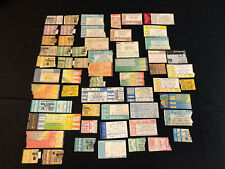 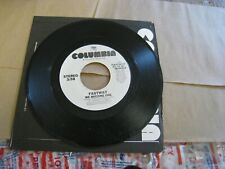