Listen for free or download any Gorky Park track for just 12 cents per song! 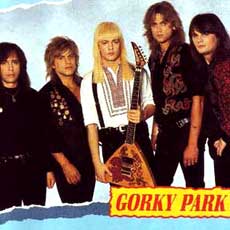 With names like Alexi, Sasha, Nikolai, and Jan, there is no doubt this glam rock band hailed from Soviet Russia.  It was due to the new late 80's openness policies (Glasnost, Perestroika ) of Russian leader, Mikail Gorbachev, that Gorky Park was able to extract themselves from the Russian underground and onto the national metal stage.  And Gorky Park was proud of their Russian heritage, which was clearly evident from their sickle and hammer logo (and traditional Russian dress).

Gorky Park formed in 1987.  By the time the band made it to the United States, they caught the attention of Bon Jovi and Frank Zappa, who helped the band get a record deal with Mercury Records.  Their 1989 debut release, which included the hit song "Bang," made Gorky Park the first Russian band to receive MTV rotation.  Another popular track on this album was called "Peace In Our Time", a song which featured Bon Jovi on supporting vocals.  Other songs you may remember by Gorky Park include the cover for "My Generation," by The Who, and "Try to Find Me".

During the 1989 Moscow Music Peace Festival, Gorky Park played along side bands like Motley Crue, Bon Jovi, Skid Row, Cinderella, Ozzy Osbourne, and The Scorpions.  In 1990 they continued on tour with Bon Jovi.  The band's second release, Moscow Calling (1993), sold much better overseas than in the USA.  It would seem that as the excitement of Glasnost wore off, so did the USA's love of Gorky Park.  Still, if you think about it, how many metal bands made it past 1992 any way?

As the years went on, new material from the band was released in Russian, and some original members of Gorky Park left the band.  Gorky Park did have a few re-union tours in 2007 and 2008.  At the time of this writing, the Gorky Park Discography was as follows:

Listen for free or download any Gorky Park track for just 12 cents per song! 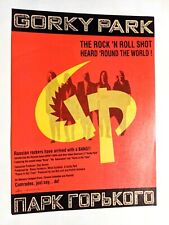 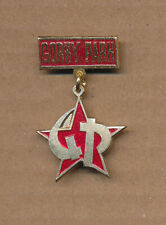 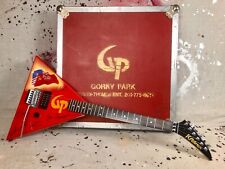 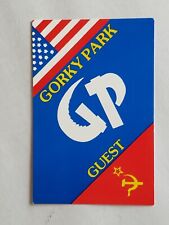