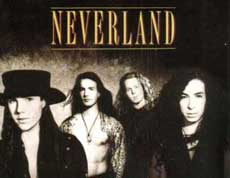 Neverland was an L.A. band that formed in the late 1980’s as a project of Interscope Records.  Interscope hired Dean Ortega on vocals, and Neverlands’ debut album (self-titled) hit shelves in 1991.  This album featured the hit song “Cry All Night”, and some of you may also remember the song “Drinking Again” from this album, which was also released on the soundtrack for the Bill and Tedd’s Bogus Journey movie soundtrack.

Neverland was not the heaviest band to be featured in this section of ilovethe80s.com, and some of you may argue that they belong in the rock section, but we went ahead and included them here.  By 1993, Ortega had left Neverland to work with the band Tribe of Gypsies, and the remaining members gathered found a new vocalist and released Surreal World in 1996.  They broke up shortly thereafter.  The Neverland Discography is as follows: 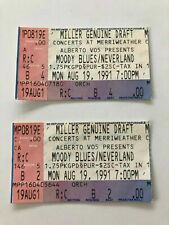 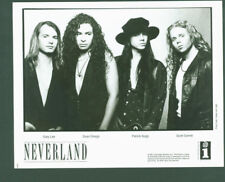 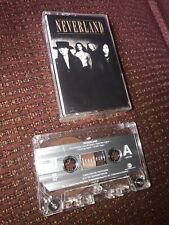