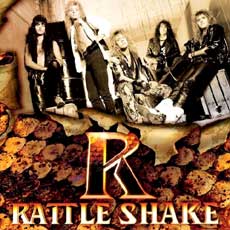 Rattle Shake was a band that never made the cut, but not due to their talent.  They formed in the late 1980’s in San Francisco and had the chance to tour with bands like Tesla, Warrant, and Winger.  The band was never signed, but they were every bit as good as nearly every other hair metal band gracing the scene in the late 1980’s.  The handful of demos that they did record in the late 80’s (credited to the year 1989) was finally released years later (2012).

Rattle Shake sounded more like an L.A. band that one that came out of the bay area.  If you are interested in some old-school 80’s metal, the kind that is not produced any more, then check out this band.  The Rattle Shake Discography is as follows: