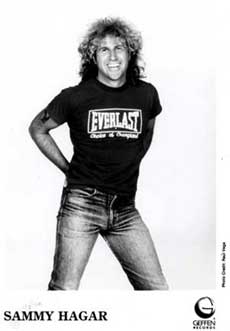 The Red Rocker, Sammy Hagar, has been around since his Montrose days of the 70's.  We all know about Sammy's years in Van Halen, his days with Sammy Hagar and the Waboritas, and of course his latest venture (Chickenfoot), but this page is primarily dedicated to the solo Sammy Hagar (although we have to talk about Van Halen too, man).

Sam Roy Hagar grew up in Fontana, California.  Even as a young guy, Hagar was interested in music.  Two of his early bands (late 1960's) were The Fabulous Castilles, Samson & Hagar, and the Johnny Fortune Band.  And there was more than a handful of other bands after these.  In the early 1970's, Sammy Hagar became the vocalist for the band Montrose ("Bad Motor Scooter" days).  Within a few years, Sammy had left Montrose for a solo career and ended up with some Montrose members.

Sammy signed with Capitol Records in the mid 1970's, and had some early success with songs like "Red" and the cover song "Sitting on the Doc of the Bay".  At the time, Hagar didn't feel that Capitol was promoting him sufficiently, so he left for Geffen and released Standing Hampton in 1981.  Many of you will remember the song "There's Only One Way to Rock" from that album.  Sammy's 1982 release, Three Lock Box, featured the song "Your Love is Driving Me Crazy", which peaked at number 13 on the Billboard Top 100.  Hagar, as a solo artist, might just be best known for his 1984 release,V.O.A (Voice of America) and the song "I Can't Drive 55".  His 1987 release, I Never Said Goodbye, was a contractural obligation after he joined Van Halen.  Eddie Van Halen played the bass on this album and many of you will remember the number 1 hit "Give to Live".

In 1983, Hagar put together a veteran band called HSAS for one live album release (you can go to the HSAS page on this site for details).  In 1985, Van Halen tapped Hagar as vocalist, and Van Halen thus went on to produce four multi-platinum albums.  By 1996, Hagar was either fired or quit Van Halen (depends on who you ask).  Prior to leaving Van Halen and for a few years after, Sammy formed a band called Los Tres Gusanos that played often in Hagar's Cabo Wabo Cantina in Cabo San Lucas, Mexico.  He also formed the Waboritas and was back in the mainstream charts in 1997 (remember the song "Little White Lie"?).  In 2002, there was a tour that featured Hagar's band with Michael Anthony (of Van Halen), David Lee Roth's new band, and guest starred Gary Cherone (of Extreme who was hired as a Van Halen vocalist for one album).

There was short reunion with Hagar and Van Halen in 2003, but by 2005, it was over again.  Most recently Sammy Hagar was in the band Chickenfoot with Joe Satriani, Michael Anthony, and Chad Smith (former Red Hot Chili Peppers drummer).  It is also worth mentioning that Hagar is a business man as well as rock and roller.  In addition to the clubs, he also has interest in a Tequila and Rum business.

At the time of this writing, the Sammy Hagar Discography was as follows: 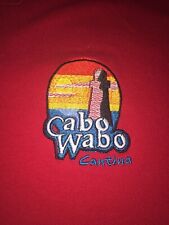 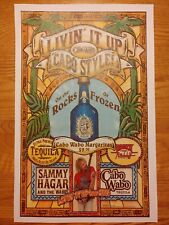 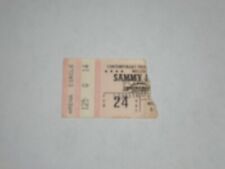 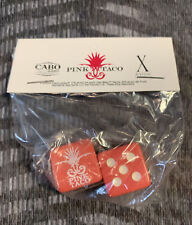 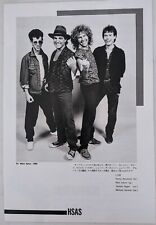 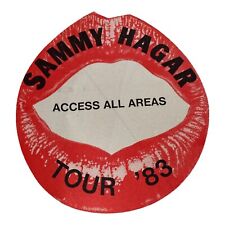 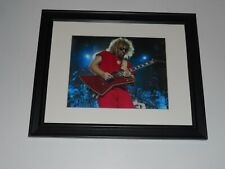