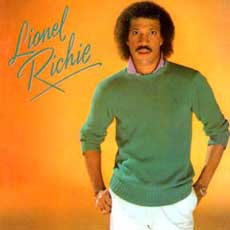 Lionel Richie was from Alabama, and also spent some childhood years on Illinois.  An accomplished tennis player, Richie earned a college scholarship to the Tuskegee Institute, where he earned a degree in economics.  Richie started out as the member of a number of R&B band in the 1960's, and by 1968, he was a member of The Commodores.

Richie penned a number of hit songs for artists in the late 70's and 80's.  Some of you will remember the hit song "Endless Love", which was a duet with Diana Ross written or the movie soundtrack of the same name.  This success was encouragement enough for Richie to break out into a solo career, and his first studio self-titled debut hit shelves in 1982 and featured three hit songs:  "Truly", "You Are", and "My Love".  And the hits kept on coming for Richie.  Songs you might remember include "All Night Long (All Night)", "Running with the Night", "Hello", "Stuck On You", and "Penny Lover" from Can't Slow Down (1983); "Say You Say Me", "Dancing on the Ceiling", "Love Will Conquer All", "Ballerina Girl", and "Se La" from Dancing On the Ceiling (1986).

As far as chart toppers go, that was it for the 1980's.  Lionel Richie continued producing new material in the 1990's and beyond, with a new release as late as 2012 (Tuskegee).  Although his new material has failed to live up to the popularity of the 1980's, he is still in demand, at at the time of this writing in late 2013, he was still very active.  The Lionel Richie Discography is as follows: 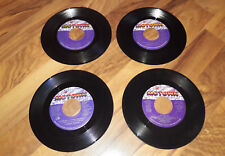 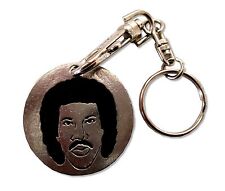 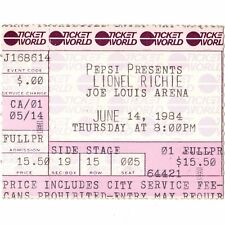 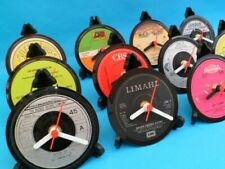 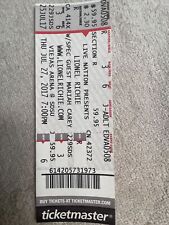 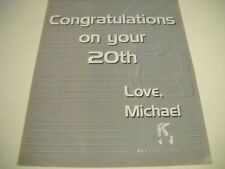 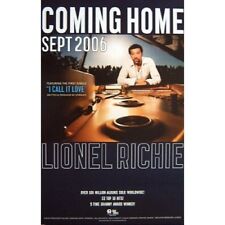