Listen for free or download any Terence Trent D'arby track for just 12 cents per song! 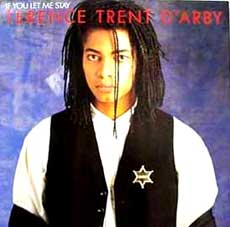 Terence Trent Howard, aka Terence Trent D'Arby, aka Sananda Francesco Maitreya (we will explain later), was from New York.  His mother married a Bishop with the last name of Darby who adopted him. After moving to several different places, Terence's family eventually landed in Florida.  Darby was a boxer while in Florida, and actually won the Golden Gloves lightweight championship.  He later joined the army, and was discharged after going AWOL.

Darby initially worked with a band called The Touch in West Germany, and later with a London band called The Bojangels.  After landing a solo record deal, Darby released his debut album, Introducing the Hardline According to Terence Trent D'Arby, in 1987.  This was Darby's most successful album, and featured a number of hit songs:  "If You Let Me Stay", "Wishing Well", "Dance Little Sister", and "Sign Your Name".  His final release of the 1980's, Neither Fish nor Flesh (1989), did not chart.

During the 1990's, Darby released a number of albums and had a number of top 20 hits in the UK.  In 2001, based on a vision in 1995 (we do not know if any drugs were involved), Darby changed his name to Sananda Francesco Maitreya, under which he has released a number of new studio albums.  He was known to be active well into the 2010's.  The Terence Trent D'Arby Discography is as follows:

Listen for free or download any Terence Trent D'arby track for just 12 cents per song! 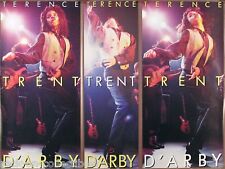 Terence Trent D'Arby 1987 The Hardline According To Original Promo Poster
$29.99 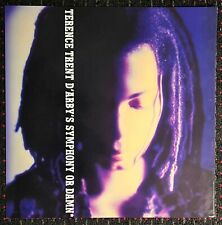 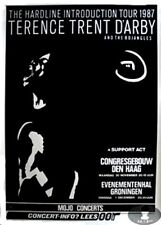 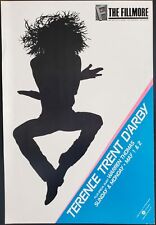 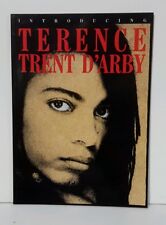 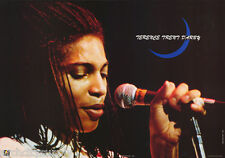 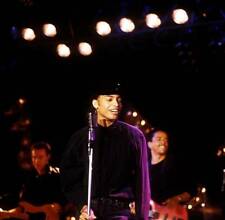 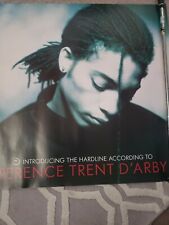