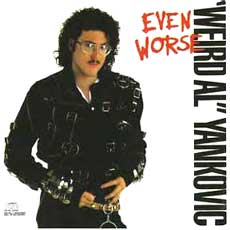 Alfred Matthew "Weird Al" Yankovic was born and raised in California.  He learned to play the accordion in grade school.  He did well in school and graduated as the valedictorian.  Yankovic has said it was the song "Goodbye Yellow Brick Road", by Elton John, that gave Weird Al the idea to play rock music on his accordion.  Weird Al's comic influence came from parody music on the Dr. Demento radio show, in addition to pop culture like Mad magazine and Monty Python.

After Dr. Demento spoke at Weird Al's high school, Al gave a tape of parody music he had been working on, and Demento played one of the songs on his radio show, which essentially launched Al's career.  It was while working as a disc jockey at the Cal Poly college in San Luis Obispo that he earned the name "Weird Al" from fellow classmates.  Once again Al had a parody song he sent to Demento ("My Bolgogna", which was a parody of the Knack's "My Sharona"), and The Knack actually liked the song enough to help Al make some connections.  It was after a live recording of the song "Another One Rides the Bus" (aka "Another One Bites the Dust") on the Dr. Demento show that really jump started his career.

Strangely enough, although most of you can rattle off more than a handful of Weird Al parody songs, the only song that charted on the US Billboard Top 40 was "Eat It" in 1984.  Still, you may remember other 80's parodies, like "I Love Rocky Road", "I Lost on Jeopardy", and "Like a Surgeon".  And who can forget all the great music videos?

Weird Al continued to produce and perform well into the 2010's.  There have been a number of artists that have turned him down in regard to parodies of their songs, although technically fair use copyright laws to not preclude Al from recording any parody he chooses.  But he is a nice guy, so he gets permission or does not do it.  At the time of this writing in 2014, the Weird Al Discography was as follows: 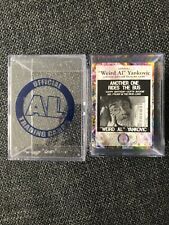 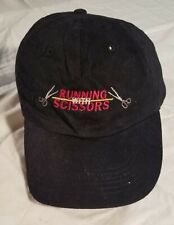 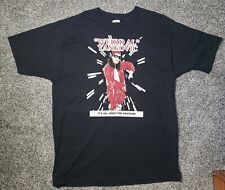 Weird Al Yankovic "It's All About the Pentiums" Concert T-Shirt - Black, Size XL
$43.00 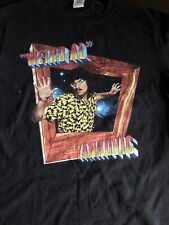 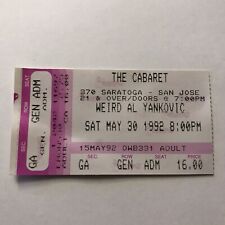 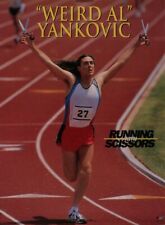