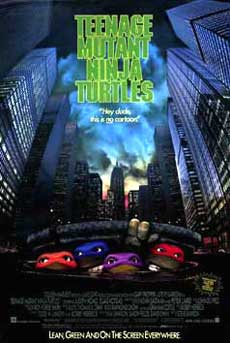 "Hey dude, this is no cartoon".  For those of you sticklers out there, we know that the Teenage Mutant Ninja Turtles live-action movie was released in 1990, but we include it because the Turtles were a big part of the 1980's.  The movie received mixed reviews from critics, but it was a huge success with fans.  For example, Roger Ebert gave the film 2.5 out of 4 stars, saying that it could have been a lot worse, and was probably, at 2.5 stars, the best rating it could have achieved anyway.

For those of you who don't know, the film was a comic book adaptation, and is considered to have remained true to the comic books in that it maintained a dark feel.  In the original movie, the audience learns how some little box turtles, who came across some radioactive ooze, turned into a group of martial arts power houses.  The turtles are:  Leonardo, Michelangelo, Donatello, and Raphael.

As the crime rate gets out of control in New York City thanks to the Ninja "Foot Clan", their leader, Shredder, decides it is time to put an end to April O'Neil, the reporter who incessantly covers their crime spree.  After being saved by one Raphael, April learns from Splinter how the Turtles came to be they were they are.  Soon after, Splinter is kidnapped by Shredder, and the Turtles are nearly defeated by the Foot Clan.  The rest of the movie is about how they defeat the Foot Clan, rescue Splinter, and defeat Shredder. 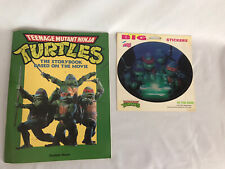 Lot Of Original Teenage Mutant Ninja Turtles Book Based On The Movie And Sticker
$15.00 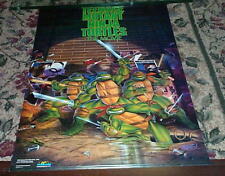 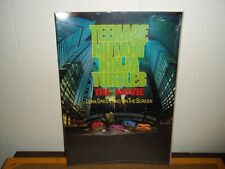 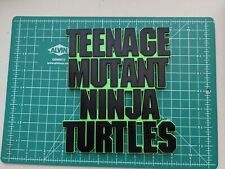 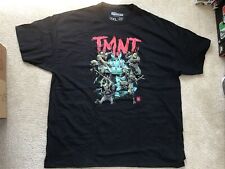 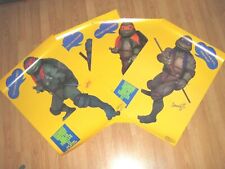 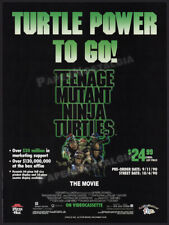 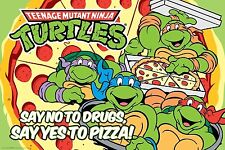