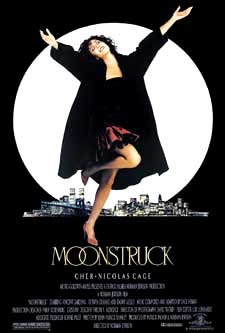 Moonstruck, a romantic comedy starring Cher as Loretta Castroni, Danny Aiello as Johnny Cammareri, Olympia Dukakis as Rose Castorini, and Nicolas Cage as Ronny Cammareri, was released in 1987.  The movie received nearly all positive reviews, with heavy hitters like Siskel and Ebert both endorsing it.  The movie was a major financial success.

In this movie, Cher plays the role of Loretta Castroni, a thirty-something widow who works as an accountant and lives with her extended Italian family in New York.  Before leaving to Italy to care for his dying mother, Loretta’s boyfriend, Johnny (Aiello), proposes marriage.  Although she doesn’t really love Johnny, she agrees to marry him for a number of other reasons, as long as the wedding is traditional.

From Italy, Johnny asks Loretta to inform his brother, Ronny (Cage) about the engagement.  When Loretta meets up with Ronny, the two end up having a fling themselves, but immediately vow to break it off after one last “date” to the opera.  When Johnny’s mother (back in Italy) learns about the wedding plans, she has a miraculous recovery.  In reality, his mother says she will die if Johnny marries Loretta, so he has to break it off with her.  And who is there to pick up where Johnny left off?  Ronny, of course! 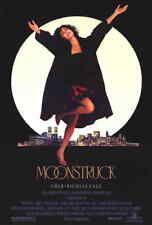 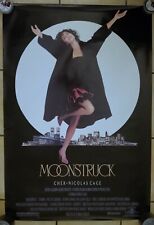 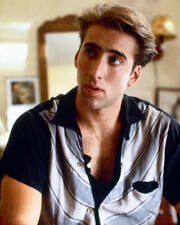 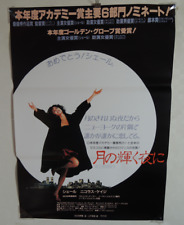 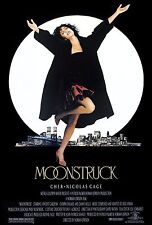 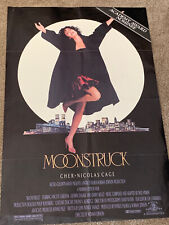 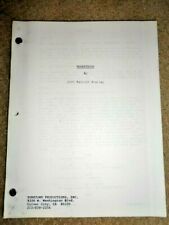 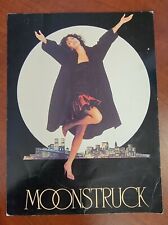 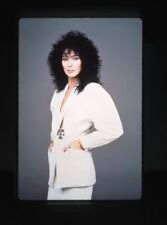