Home » silver-screen » Comedies » War of the Roses, The

War of the Roses, The 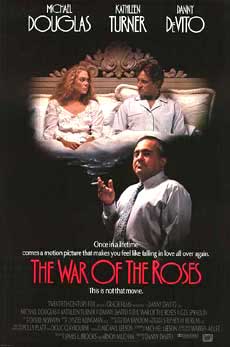 "Once in a lifetime comes a motion picture that makes you feel like falling in love all over again...this is not that movie".  Released in 1983, the War of the Roses was a dark comedy book adaptation that starred Danny Devito as Gavin D’Amato, Michael Douglas as Oliver Rose, and Kathleen Turner as Barbara Rose.  In the Middle Ages, there was a rivalry between two families, the House of York and the House of Lancaster, which was referred to as the “war of the roses”, thus the allusion of the movie title.  The movie was a hit with critics and a big financial success.

In this movie, divorce lawyer Gavin D’Amato (Devito) tells an eager client the story of the Roses, who went through a bitter divorce.  Oliver Rose (Douglas) and Barbara Rose (Turner) met at an auction, and before long, they were happily married with two kids.  As the years go by, the Roses become more and more wealthy, and the family moves into an old mansion.  As time goes by, Barbara begins to bore of Oliver, who is self-centered and dismissive.  Barbara decides she wants a divorce, and Oliver agrees.  The bad news for Oliver, however, is that Barbara wants the mansion and everything in it, which Oliver refuses to accept.

While the divorce is in progress, Oliver finds a loophole that allows him to stay in the house against Barbara’s wishes.  Barbara plots any way possible to get Oliver out of the house, including trying to seduce Oliver’s lawyer (Gavin).  Things begin to get completely out of hand as the two find ways to try to kill each other.  In the end, they manage to do just that.  After the two fall from a chandelier and crash to the ground, Oliver uses his last breath to re-affirm his love for Barbara, but Barbara pushes his hand away as they both die.  In the end, Gavin’s client, who he was telling the story to, decides not to go through with his divorce after hearing this tale. 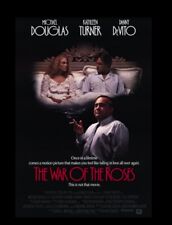 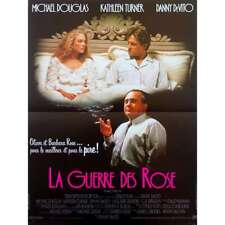 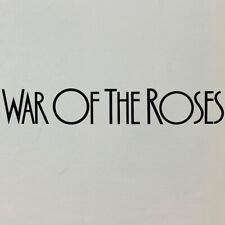 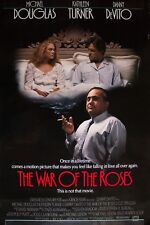 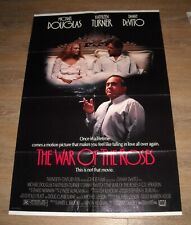 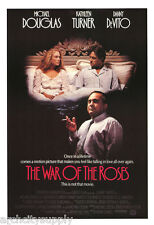 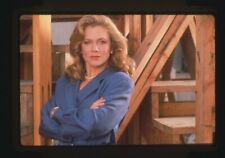 Kathleen Turner The War of the Roses Pin up Original 35mm Transparency Stamped
$24.99 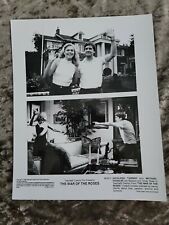 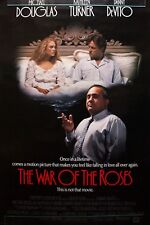