Witches of Eastwick, The

"Three beautiful women.  One lucky devil".  The Witches of Eastwick, a comedy-fantasy film released in 1987, starred Jack Nicholson as Daryl Van Horne, Cher as Alexandra Medord, Susan Sarandon as Jane Spofford, and Michelle Pfeiffer as Sukie Ridgemont.  Critical reviews of the film were mostly positive, although some critics that the second half of the film to be ridiculous.  The film was a major financial success for Warner Brothers.

In this movie, three dissatisfied female friends share a common bond in the town of Eastwick, Rhode Island.  Unaware of the fact that they are witches, the three form a club that meets weekly to discuss men.  The day after one such gathering, a strange man named Daryl (Nicholson) shows up and begins making trouble by purchasing the Lennox Mansion property.  His entrance into town stirs up great interest, and strange things begin to happen.

In reality, Daryl is the devil himself, with plans to seduce each of the three friends.  At first, the friends begin a rivalry for Daryl’s affection, but after they realize they each have magical witching abilities, they agree to share Daryl.  After Daryl uses magic to kill one of the town’s people who was on to him, the witches decide they must use their magic to get rid of Daryl.  They manage to get rid of him by tossing a Voodoo doll likeness of Daryl into the fire, but as the movie ends, some 18 months later, we see that Daryl was only temporarily subjugated. 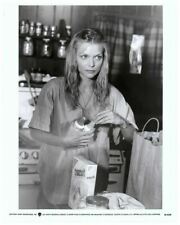 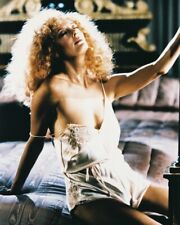 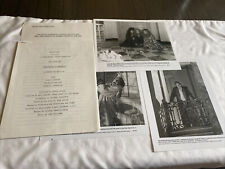 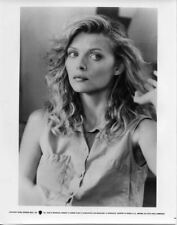 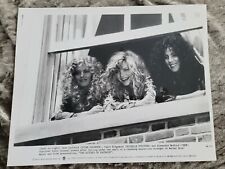 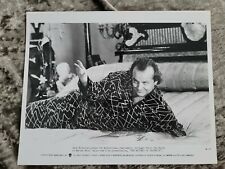 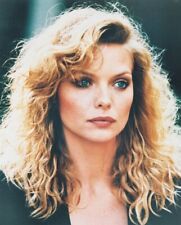 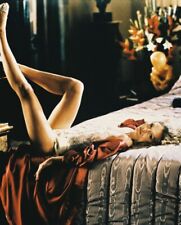