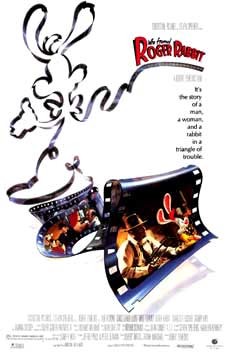 "It's the story of a man, a woman, and a rabbit in a triangle of trouble".  Who Framed Roger Rabbit was a Robert Zemeckis fantasy comedy released in 1989.  The movie was the melding of the human and cartoon worlds, modeled after the classic private eye genre, and it was based on a novel by Gary K. Wolf titled Who Censored Roger Rabbit.  The film starred Bob Hoskins as Eddie Valiant, Christopher Lloyd as Judge Doom, Kathleen Turner as the voice of Jessica Rabbit, and Charles Fleischer as the voice of Roger Rabbit.  The movie was a hit with critics (Siskel and Ebert both liked it), and it not only made money at the box office, but it also went on to win four Academy Awards.  This film is often credited as the brain child that spawned the future generation of film animation.

In the movie, it is 1947, and cartoon characters (Toons) are living creatures that star in cartoons in the same way that human actors star in movies.  The Toons live in Toontown, including the big cartoon star Roger Rabbit and his wife Jessica.  When the owner of Maroon Cartoon studios fears Jessica is fooling around on Roger, he hires human detective Eddie Valiant (Hoskins) to investigate.  When presented with the supposed evidence that Jessica is having an affair with a the owner of Toontown (Marvin Acme), Roger runs away, and when Acme ends up dead, eyes quickly turn to Roger.  Toon Patrol, headed up by Judge Doom, quickly sets off to find Roger.

After Roger convinces Eddie that he is innocent, and a plot is discovered whereby a rival company apparently had Acme knocked off in an effort to take Toontown for themselves, although it had been willed to the Toons by Acme.  In the end, we find it was actually Judge Doom who was killing people in an effort to take over and destroy Toontown in order to put a new highway through.  Eddie, Roger, and Jessica eventually get the upper hand on Judge Doom, and discover that is actually a cartoon disguised as a human.  After he is eliminated, all is well in the world of Toons, and business goes back to usual. 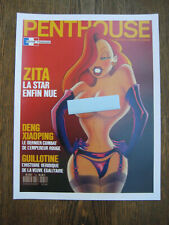 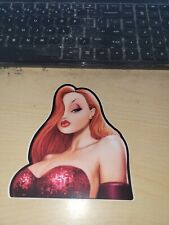 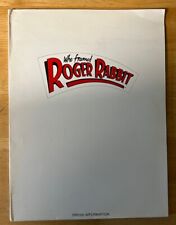 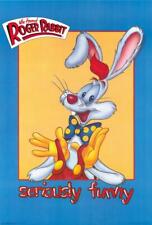 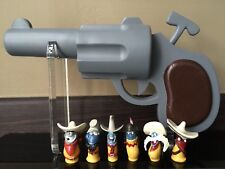 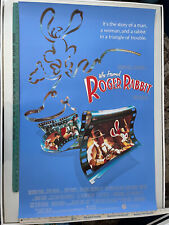 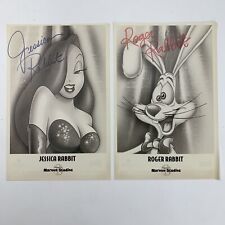