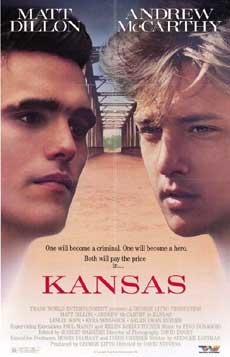 "One will become a criminal.  One will become a hero.  Both will pay the price in...Kansas."  Kansas was a 1988 movie that starred Matt Dillon as Doyle Kennedy and Andrew McCarthy as Wade Corey.  The movie mostly received negative reviews, with both Siskel and Ebert giving it two thumbs down.  They considered the acting to be okay, but the plot to be predictable and more or less a rehash of similar stories.

In this movie, Wade Corey (Andrew McCarthy) is a down-on-his-luck hitchhiker who hops a ride in an empty box car (train) trying to get to a wedding in New York.  In that same box car is Doyle Kennedy (Dillon), a career criminal who manages to convince Wade to unwittingly go along with him on a bank heist in Kansas.  After the two get separated, Wade ends up not only hiding the money, but also saving the governor's daughter from drowning after her car plunges of a bridge.  After finding a job at a nearby farm, Wade falls in love with the farmer's daughter.  In the end, Wade manages to separate  himself from Doyle and get the girl. 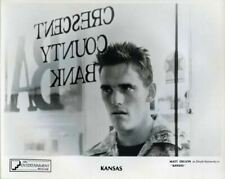 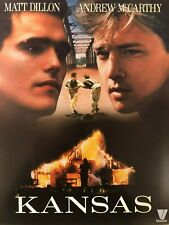 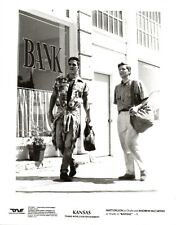 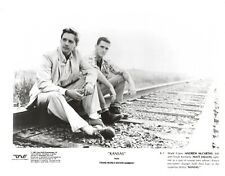 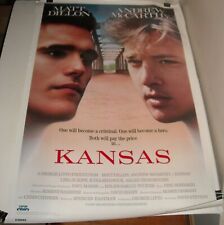 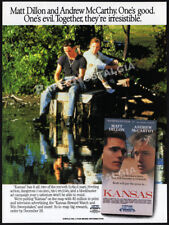 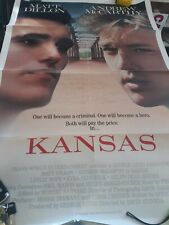