Home » silver-screen » Dramas » World According to Garp, The

World According to Garp, The 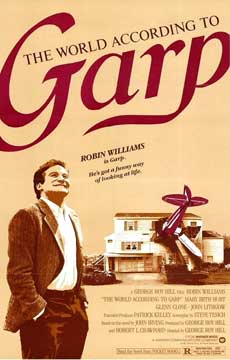 "He's got a funny way of looking at life."  The World According to Garp was a drama movie released in 1982.  The movie starred Robin Williams as T.S. Garp, Glenn Close as Jenny Fields, Mary Beth Hurt as Helen Holm, and John Lithgow as Roberta Muldoon.  This movie was an adaptation of a novel by John Irving, and the film received mostly positive reviews (Roger Ebert gave it 3 out of 4 stars).  The movie did turn a profit.

This film is about the life of T. S. Garp (Williams) and his mother Jenny (Close).  Garp is the illegitimate son of his feminist mother, who used a hospital bound, brain damaged, and dying soldier, known only as Technical Soldier Garp, to father her child.  As Garp grows up, he becomes interested in writing and wrestling, and the combination peaks the interest of the school wrestling coach’s daughter, Helen (Hurt).  Garp’s mother, who decides to make the sexually promiscuous Garp an object of study, publishes a book on human sexuality that becomes an overnight success.

At the same time, Garp manages to get his own book published, which peaks Helen’s interest even more.  Eventually the couple gets married, has kids, and settles into their careers (Helen is a college professor and Garp a writer).  At one point, Helen has an affair with one of her student’s, and caught in the act, Garp rams his car into the car carrying Helen and her lover, which kills their son.  After Garp and his mother get on the wrong side of a right wing feminist group, Jenny is murdered at a rally and Garp is eventually gunned down after returning to his old school as the wrestling coach. 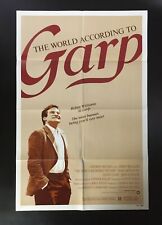 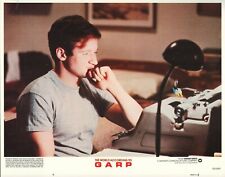 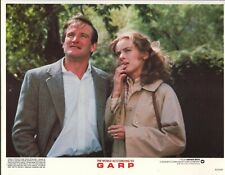 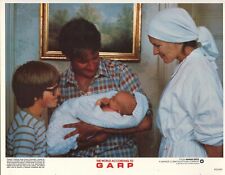 THE WORLD ACCORDING TO GARP, film card [Robin Williams]
$1.50 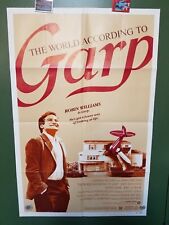 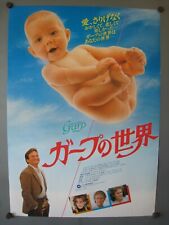 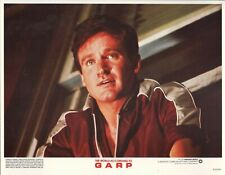