Home » silver-screen » Science Fiction » Back to the Future

Back to the Future 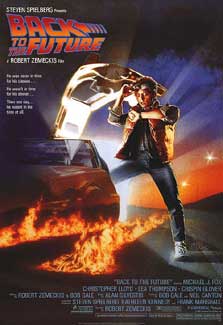 "He was never in time for his classess...He wasn't in time for his dinner...Then one day...he wasn't in his time at all."  The Back to the Future trilogy is synonymous with great 80's movies.  The major characters throughout the series were Michael J. Fox (Marty McFly), Christopher Loyd (Dr. Emmett "Doc" Brown), Lea Thompson (Lorraine Baines-McFly), Crispin Glover (Geroge McFly), and Thomas F. Wilson (Bill Tannen).

The original Back to the Future was released in 1985.  In the movie, Marty McFly's friend, Doc Brown, has created a time machine fashioned from a Delorean DMC-12.  The plutonium powered machine supplies 1.21 gigawatts of power to its Flux Capacitor, which essentially makes time travel possible at 88 MPH.  To illustrate, Brown enters 1955 into the machines computer, but before he could make his trip, Libyan terrorists showed up to kill him (he stole the plutonium from them).  During the fray, Marty tries to escape in the Delorean, and once the car hits 88 MPH, he is transported to 1955.

In 1955, there is no plutonium, and he must find a way to power the time machine back to 1985.  In the mean time, Marty has accidentally interfered with the fateful meeting between his father and mother, and instead his mother (Lorraine) becomes infatuated with him instead of his father, George.  The rest of the movie revolves around Marty's attempts to re-engage the magic between George and Lorraine, while working with the 1955 version of Doc Brown to find away to harness the power of a lighting strike to power the time machine.

After successfully making it back to 1985, Marty finds that his time travel efforts have not only saved his life, but also the life of Doc Brown and the quality of his family's lives.  The movie ends with Doc coming back to 1985 from the future, with a message to Marty that he must travel to the future to deal with a problem with his children.

Back to the Future II was released in 1989.  Picking up where the first one left off, Marty and his girlfriend travel to 2015 where Marty buys a sports almanac, with the hopes of betting on sports when he returns to 1985, that ends up in the hands of Biff Tanner.  The rest of he movie is about how they get the almanac back from Biff and save the future (and the past).  The movie ends with a malfunction sending Doc to 1885, and Marty back to 1955.

Back to the Future III, released in 1990, has Marty once again setting out to enlist the help of the 1955 Doc Brown to save the 1985 Doc Brown from 1885.  What?  Marty finds he must travel himself to 1885 to save Doc's life (Biff Tannen's Great Grandfather has it out for Doc).  Doc Brown, who has fallen in love, chooses to stay in 1885 after finding a way to use a train to push the busted Delorean to 88 MPH.  The movie ends with Marty back in 1985, and Doc returning to 1985, with his new wife, in a time traveling train. 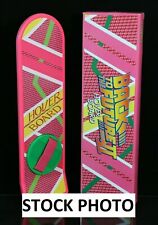 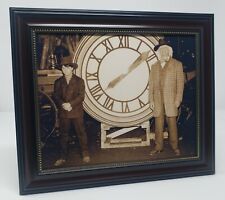 Back to the Future Part II 2 Hover Board 1.5 Scale Replica Loot Crate Exclusive
$12.34 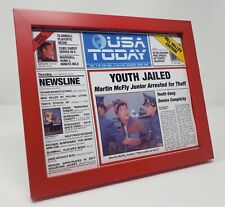 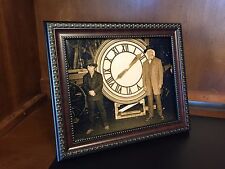 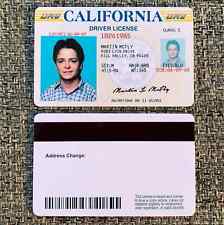 Back To The Future BTTF Plutonium Chamber
$59.00 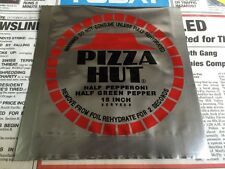 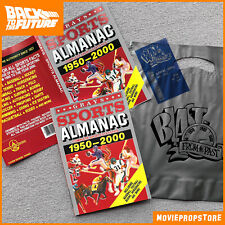