Knight Rider was a wildly popular action show that ran from 1982 to 1986 on NBC.  The show starred David Hasselhoff as Michael Knight.  Each show started with the following narration: "Knight Rider, a shadowy flight into the dangerous world of a man who does not exist.  Michael Knight, a young loner on a crusade to champion the cause of the innocent, the helpless, the powerless in a world of criminals who operate above the law."  Knight would race around in his modified Trans Am, called KITT, while fighting crime.

The popularity of the show spawned a huge merchandising line,  which included just about anything you can think of (TV trays, lunch boxes, board games, etc.).  One of the more popular toys was a radio controlled version of KITT, and a KITT voice car which spoke (and came with a Michael Knight action figure).  Of course there were die cast versions, like the Ertl Knight 2000, the Kenner Turbo Booster KITT car, and the Rough Rider 4X4 edition. 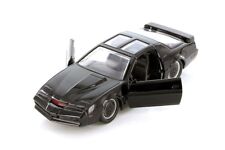 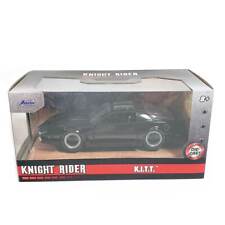 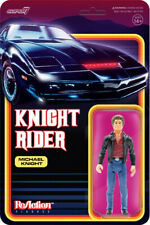 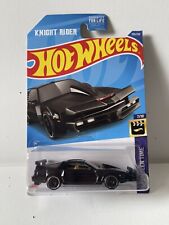