The original Strawberry Shortcake character was owned by American Greetings and used on greeting cards.  Over time, it was expanded to dolls, posters, and a host of other products.  The original design of Strawberry Shortcake, and her cat Custard, was created in 1977 by an illustrator at American Greetings.  This success led to the creation of additional characters, each with their own fruit or dessert-themed name and clothes.  The hair of each character was scented to match their name.  Some of the characters included Huckleberry Pie, Apple Dumplin’, Peculiar Purple Pie Man, Plum Puddin’, Apple Dumplin’, and of course Strawberry Shortcake.

In the early to mid-1980’s, Strawberry Shortcake was very popular with young girls.  There were tea sets, sticker albums, dolls, puzzles, and even a video game for the Atari 2600 called Strawberry Shortcake Musical Match-Ups.  There were playsets, like the Berry Bake Shoppe and the Big Berry Trolley.  Kenner stopped production of the dolls in 1985 due to a decline in interest; however the line was revived in 1991 and continues in popularity. 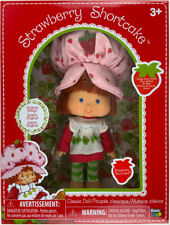 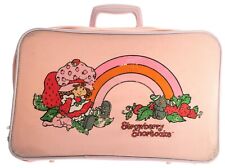 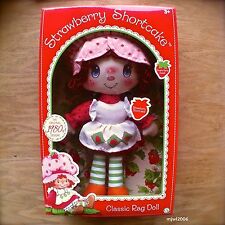 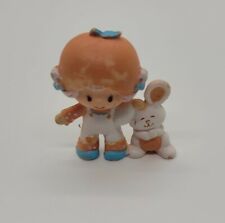