Merlin the Electronic Wizard was another one of those handhelds, like the Little Professor, that you got stuck with on the drive to Grandma's for Christmas.  It was first released by Parker Brothers in 1978 and was a huge seller (peaking around 1980).  It has been re-released in various forms over the years, such as the 1995 version that included 9 games.

The play area of the original game included a matrix of 11 LED buttons, and you could play games like tic tac toe, Echo (like Simon), Music Machine, Magic Square, Mindbender, and Blackjack.  The Music Machine function, for example, allowed the player to record a sequence of notes that could be played back. 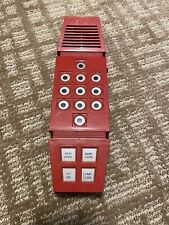 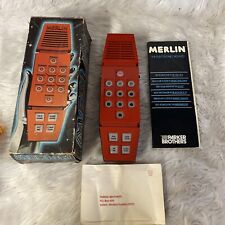 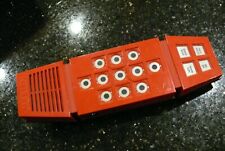 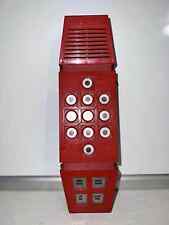 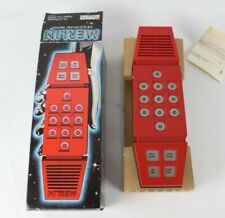