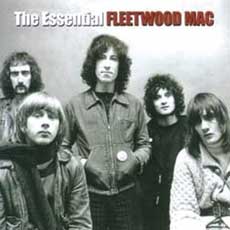 Fleetwood Mac, one of the best-selling bands of all time, formed way back in 1967 in London.  They released their first album in 1968.  The late 1970's through mid-1980's were good to Fleetwood Mac, with members Mick Fleetwood, Christine McVie, Lindsey Buckingham, and Stevie Nicks cranking out the hits.  It was in 1974 that Buckingham was asked to join the band by Fleetwood, and he agreed on the condition that his girlfriend, Stevie Nicks, could also be part of the new line up.

In 1975, the band released the album Fleetwood Mac, which featured the hit song "Over My Head", "Say You Love Me", "Rhiannon", and "Landslide".  Rumors, which received a Grammy, was released in 1977 and featured a ton of hit singles:  "Go Your Own Way", "Dreams", "Don't Stop", and "You Make Loving Fun".  Tusk was released in 1979, and although it was a bit of a departure from their traditional sound (and not much of a commercial success), it did feature the hit title track, as well as the songs "Think About Me" and "Sara".

Their first album of the 1980's was Mirage (1982).  It was a return to the earlier sound of Fleetwood Mac, and was a huge hit, featuring the songs "Hold Me", "Love in Store", "Gypsy", and "Oh Diane".  It was after this album that the band took a lengthy hiatus while members worked on solo careers.  In 1987, they returned together with the release of Tango in the Night, which featured the hit songs "Little Lies", "Everywhere", "Seven Wonders", and "Big Love".  After a fight in 1987, Buckingham left the band, and they continued without him.

The band released two more albums in the 1990's, and by 1997, the original 70's and 80's crew was back.  As the years have gone by, these members have come and gone.  At the time of this writing, the only original member left in the band was Mick Fleetwood.  The Fleetwood Mac Discography is as follows: