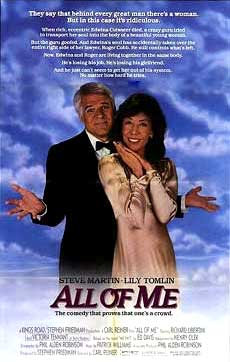 All Of Me Original Vintage One Sheet Movie Poster Steve Martin Lily Tomlin
$19.99