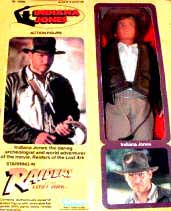 VINTAGE# INDIANA JONES AND THE TEMPLE OF THE DOOM LUCASFILM PINBALL ULTRA RARE
$400.00

KENNER INDIANA JONES VINTAGE FIGUR THIS SALE IS FOR ACRYLIC CASES ONLY NO TOYS
$25.00