The My Buddy doll was created for the little boy who couldn't get along with his imaginary friends.  It was made by Hasbro and first released in 1985.  My Buddy was marketed towards boys, which was a bit controversial, and the Kid Sister companion doll was marketed towards girls.  Before the end of the decade, Hasbro gave up their rights to the doll to Playskool, who made some changes and continued right on producing them.

There were three versions of My Buddy, one with brown hair, one with blonde hair, and an African American version.  All versions also had different clothing color.  It is widely known that My Buddy was one of the doll inspirations for the Chucky line of horror flicks. 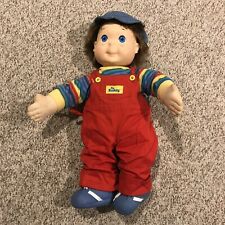 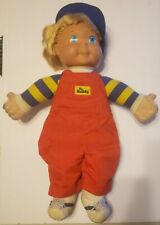 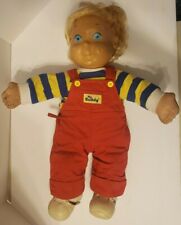