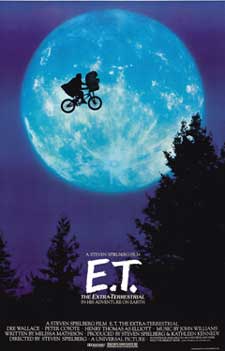 E.T. the Extra Terrestrial was an award winning Steven Spielberg Sci Fi movie released in 1982.  It was one of the most popular movies to come out of the 80's and continues to be well received.  The movie starred Henry Thomas as Elliott and Drew Barrymore as Gertie.  The movie was a hit with critics and a major financial success.  At one point, Steve Spielberg was earning over $500k per month in profit, and the Hershey Company’s sales rose 65% because of the Reese’s Pieces feature.  In 2002, an extended version was released, that included some polishing by Spielberg, as well as the removal of some of the potty humor and weapons.

In this movie, an alien ship full of botanist (yes, plant lovers), lands on earth.  The aliens on board begin collecting plant specimens, and when a government car shows up to investigate, they aliens run back to the ship to escape.  However, one little alien, affectionately referred to as “E.T.” (Extra Terrestrial), does not make it to the ship in time, and they blast off without him.  E.T. ends up in the backyard of a 10 year old boy named Elliott (Henry Thomas), who basically, with the help of his little sister, Gertie (Barrymore), take him in and hide him from others.

The next day, Elliott established some type of physic connection with E.T., and thus begins to do strange things at school.  For example, E.T. watches a movie where John Wayne kisses Maureen O’Hara, and then Elliott feels the urge to kiss a girl at this school (which he does).  As E.T. watches Sesame Street at home, he begins to learn English, and before long, he is able to communicate to Elliott that he needs to build a phone and call home.  Before long, E.T. does phone home, and at the same time, E.T. becomes sick from being on earth too long, and due to the physic connection between E.T. and Elliott, Elliott also starts to die.  After the government gets involved, things get really crazy.  However, in the end, just when it looks like all is lost, Elliott manages to get E.T. back to his ship, and everyone lives happily, ever after. 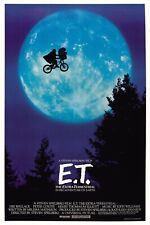 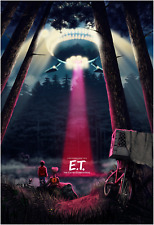 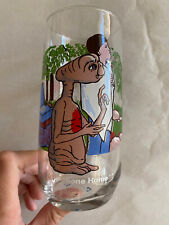 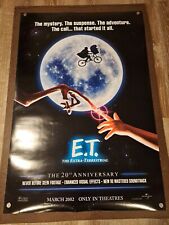 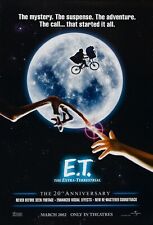 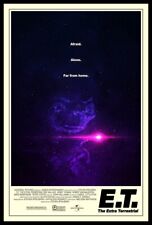