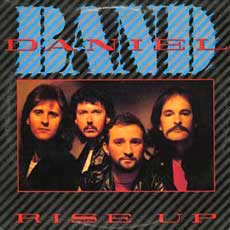 Daniel Band was a Christian metal band from Toronto Canada that formed in 1979.  They started out playing in the church basement before placing in a 1982 band contest.  The band landed a record deal with Streetlight Records and released their first album, On Rock, in 1982 (a more hard rock oriented release).  By their 1983 release, Straight Ahead, the group had become even heavier, and by 1984 (Run from the Darkness), they were 100% metal.

By the late 1980’s, Daniel Band members decided to take hiatus while they worked on other projects.  In the 2000’s, the band returned to play a number of new shows, and were even known to be active in the early 2010’s.  If you were a fan of bands like Bloodgood and Barren Cross, then you should definitely check out Daniel Band.

The Daniel Band Discography is as follows: