Home » silver-screen » Comedies » Who's That Girl 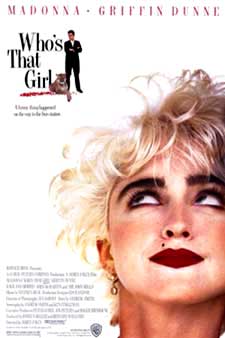 "A funny thing happened on the way to the bus station".  Who’s That Girl (1987) was another 80’s romantic comedy starring Madonna, this time as the carefree Nikki Finn.  This movie did not sit well with critics, and ultimately was not a money maker for the studio.  Although her music career was a major success, fans did not seem to take to Madonna’s acting career with the same level of enthusiasm.

In the movie, Nikki Finn, a bubbly, loudly dressed, bleach blond gal, gets herself in a real life or death fix.  Her boyfriend discovers some crooks stealing money from a trust fund, takes pictures of the crime, puts the photos in a safe deposit box, and gives the key to Nikki for safe keeping.  The thieves end up killing her boyfriend and then framing her for the murder, and she is sentenced to 7 years in prison.  After four years in lock up, Nikki is released and on a mission to clear her name.  She is picked up by the Loudon Trott, who has been ordered by the wealthy Simon Worthington to make sure she gets on the earliest bus back to Philadelphia.  Loudon is Worthington’s soon to be son-in-law.  The reason for this is that Worthington was really the mastermind behind the fraud, and he does not want Nikki stirring up trouble.

After convincing Loudon on her innocence, he agrees to help her catch the real killers.  Eventually, Nikki gets her hands on the photos her boyfriend died over, and she quickly realizes the Worthington is behind the whole thing.  Nikki then crashes Loudon’s wedding to Worthington’s daughter, has Worthington arrested, and professes her love for Loudon.  The movie ends with Loudon and Nikki riding off together. 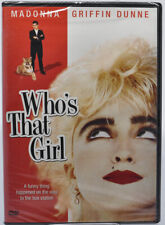 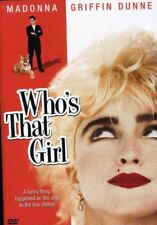 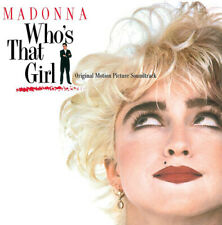 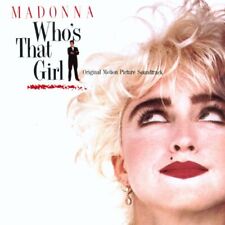 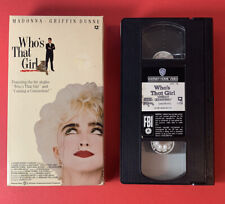