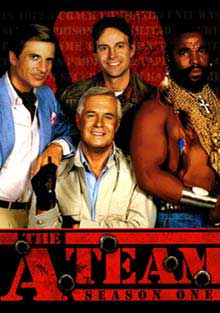 The A-Team was a Stephen J. Cannell action show that ran on NBC from 1983 to 1987.  This was one of our favorite shows here at www.ilovethe80s.com.  The show was not expected to be the huge hit that it was.  Not only did it do well on television, but it spawned lines of toys, other merchandise, and a full length movie in 2010.

The show revolved around the comradery and quirky personalities of the main characters:  Hannibal Smith (George Peppard), B.A. Baracus (Mr. T), Templeton "Face" Peck (Dirk Benedict), and "Howling Mad"  Murdock (Dwight Schultz).  The opening monologue described the show perfectly:  "In 1972, a crack commando unit was sent to prison by a military court for a crime they didn't commit. These men promptly escaped from a maximum security stockade to the Los Angeles underground. Today, still wanted by the government, they survive as soldiers of fortune. If you have a problem, if no one else can help, and if you can find them, maybe you can hire the A-Team."

There was really no continuity between episodes, with each new episode being a new adventure to help out some under privileged soul.  Although the show was criticized for being extremely violent, in reality, rarely was anybody seriously injured.  The fact is, these people couldn't shoot well.  Throughout their adventures, they also had to escape from the military police, who were always trying to apprehend them. 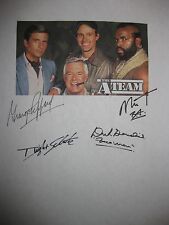 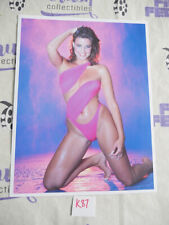 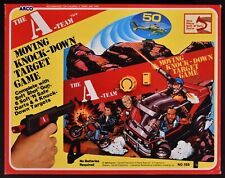 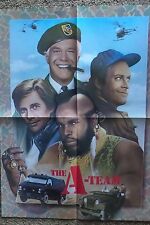 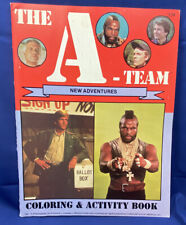 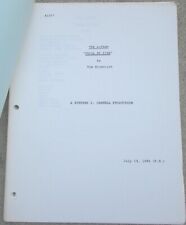 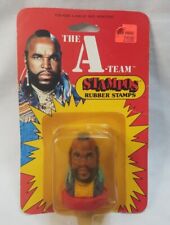 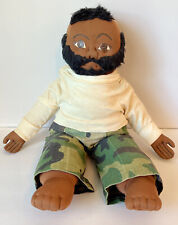 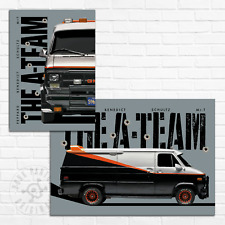 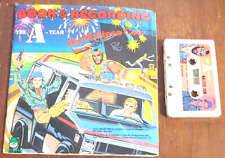