My Pet Monster was a plush doll, created by American Greetings, that was one of a handful doll toys aimed at boys.  It was first produced in 1986, and continued to be popular well into the early 1990's.  Each doll had blue fur, fans, horns, and came handcuffed (which could also be worn by kids).  Different varieties of My Pet Monster were released, coming with names like Gwonk, Wogster, and Rark.

In addition, American Greetings also produced a number of other My Pet Monster themed items, like TV Trays, coloring books, puzzles, and more.  Some of you may even remember the short lived My Pet Monster carton or even the live action movie released in 1986.  It is worth noting that a 22" tall talking version was released in 2001 to commemorate the original. 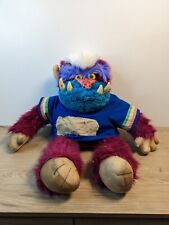 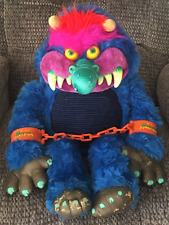 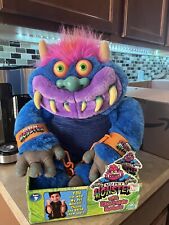 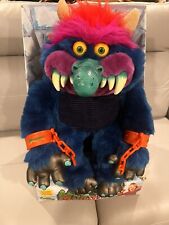 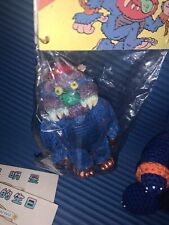 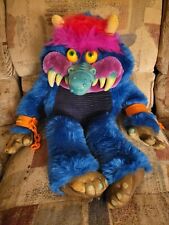 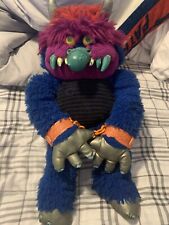 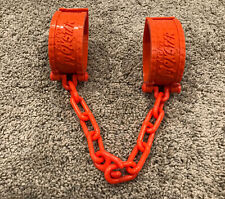 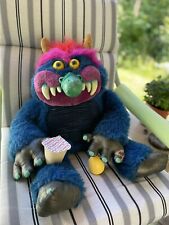 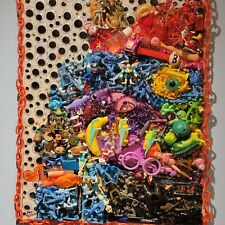