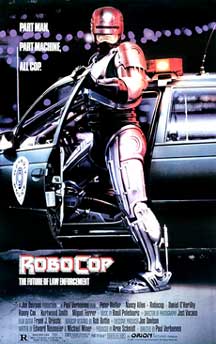 "Part man, part machine, all cop."  The first Robocop was released in 1987, Robocop 2 in 1990, Robocop 3 in 1993, and Robocop 4 in 2014.  The movie series was successful enough in the 1980's to warrant both an animated TV show in the 1980's, a live action TV series in the 1994.  The first two movies starred Peter Weller as Alex Murphy (Robocop), and his partner, Anne Lewis, was played by Nancy Allen.  Robocop received mostly positive reviews back in the day, and it was a success at the box office.  It is worth noting that it was given an X rating initially for being too violent, which, given the standards of today, seems ridiculous.  After the most violent parts of the movie were toned down, the rating was changed to R.

Focusing on the 1987 release, the movie is set in Detroit, MI, in the year 2029.  Crime has taken over the city, and city leaders make a deal with a corporation called Omni Consumer Products (OCP) to manage the police force.  Part of the deal is for OCP to tear down Old Detroit and create a new Detroit, which angers the police force enough for them to go on strike.  Without a police force to manage, OCP turns to alternative methods, including their Cyborg program called Robocop.  They need a dead police officer for the program, and they quickly get their wish when Alex Murphy is killed during a routine patrol.

The first Robocop is thus created, with the directive to "Serve the public, protect the innocent, and uphold the law".  Unbeknownst to OCP is that Robocop also has the unwritten directive to single handedly eliminate all crime in Detroit, while at the same time flashing back to his former life as Murphy.  Essentially, Robocop goes about the business of thwarting the efforts of the criminal element of OCP in taking over the company, while fighting crime at the same time.  In the end, he sets the record straight. 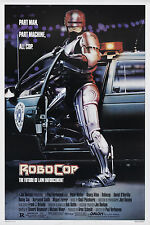 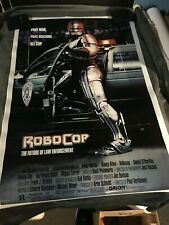 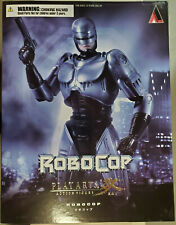 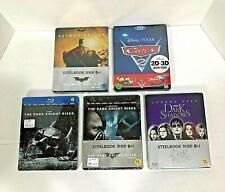 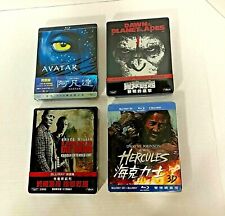 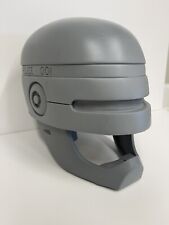 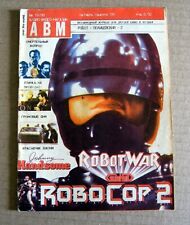 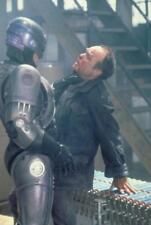