Total Control Racing was a race track based toy similar to slot cars.  They were first manufactured by Ideal in the late 1970’s, and continued to be manufactured until around 1985 (they tried again in the early 1990’s, but it did not catch on).  Instead of using slots, the cars were powered by metal strips on the race track that made contact with metal strips on the bottom of the cars.  One cool feature to the tracks was the player’s ability to change lanes by pushing a button on the controller.

Tracks would come with slower moving drone cars that the racer had to avoid, making racing around the track that much more fun.  There were a number of themed Total Control Racing sets, like the Dukes of Hazzard set that actually featured a jump and working lights on the police car.  Other sets, such as the Crossfire set, include two crossover sections.  There were tons of different cars, like trucks, go-carts, dune-buggies, ambulances, and even a Smokey and the Bandit set (called the Stop & Go) that featured a black Trans Am. 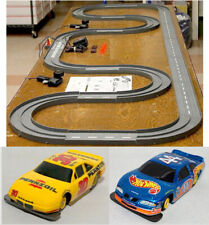 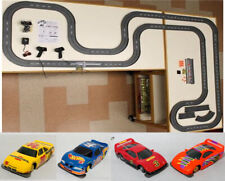 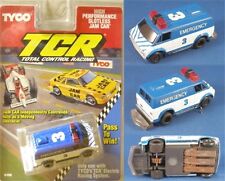 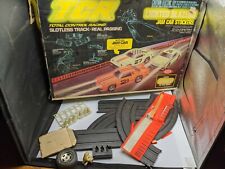 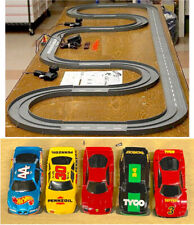 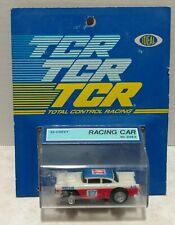 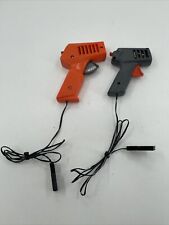 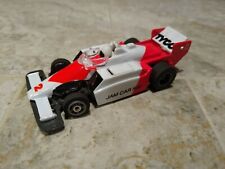