The Transformers toy line was based on a cartoon series that ran from 1984 to 1987. The cartoon basically revolved around the battle between the good robots (Autobots) and the bad robots (Decepticons).  During the Cybertronian War, the Autobots and Decepticons crashed into Earth.  After millions of years, some seismic event resurrects the robots from under the ground, whereby the Autobots, headed up by Optimus Prime, continued their business of trying to defeat the Decepticons, headed up by Megatron.

All of the robots could “transform” themselves from everyday objects, such as jet planes and automobiles, to formidable robots (and vice versa).  This is primarily what the 80’s toy line was based on.  Practically any transforming vehicle you could think of could be purchased.  Early generation one Transformers included jets, boats, jeeps, dinosaurs, trucks, space shuttles, race cars, helicopters, and many more.  The theme continued as the years rolled on, but the ties to the cartoon grew stronger and the character names became may prevalent. 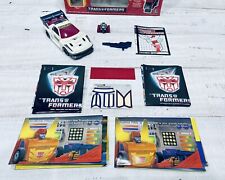 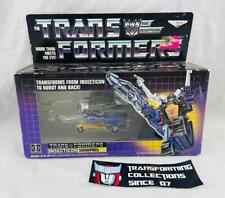 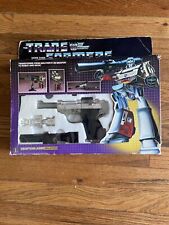 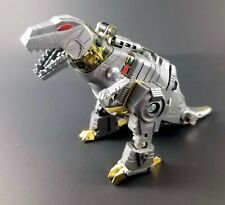 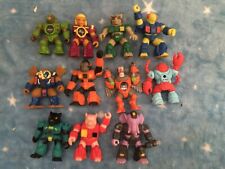