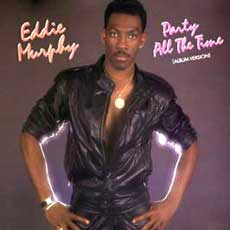 US MAGAZINE TRIBUTE TO EDDIE MURPHY
$6.95