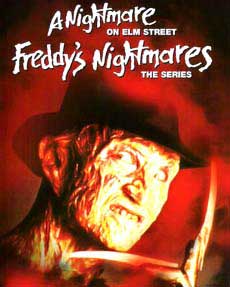 Based on the Nightmare on Elm Street movie series, Freddy’s Nightmare was TV spin-off series that ran from 1988 to 1990.  It was officially known as Freddy’s Nightmares, A Nightmare on Elm Street, The Series.  Robert Englund, who played Freddy Krueger in the original movie series, also hosted the TV show, which was ultimately a plethora of scary vignettes about the residents of Elm Street.  Each episode featured two vignettes that were often connected through a minor character in this first story becoming the major character in the second.  Other than Englund, there was no regular cast of actors.

The very first episode in the series started with the botched trail of Krueger on murder charges, where he ultimately got off due to an arrest error.  After the trial, Freddy is cornered in his place of work by Elm street residents, who then in turn set him on fire and kill him.  Although it was intimated that Freddy played some role in the plot of other episodes, with the exception of monologue, epilogue, and in-between segments, most episode stories did not feature Krueger. 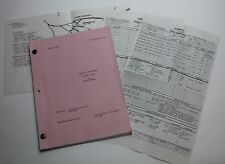 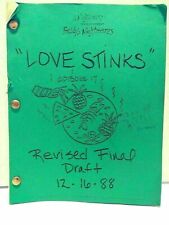