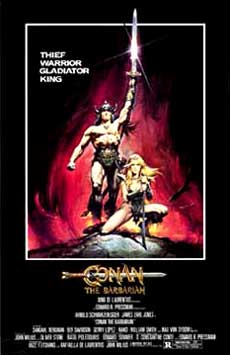 "Thief, Warrior, Gladiator, King".  Conan the Barbarian, released in 1982, was based on pulp fiction adventures written in the 1930's by Robert. E. Howard.  The movie starred Arnold Scharzenegger as Conan and James Earl Jones as Thulsa Doom.  When the move was released, it met with mixed reviews.  Nevertheless, it was an international hit and was a profitable flick for Universal Pictures.  The sequel, Conan the Destroyer, was released in 1984 (also starring Schwarzenegger) and remade in 2011.  In 2012, it was announced that Arnold would star in another sequel, called the Legend of Conan, to be released in late 2015 or early 2016.

In the movie, it was thousands of years before civilization as we know it, and Conan's goal was to avenge the death of his parents.  As a child, his people, the Cimmerians, were wiped out by the warriors under the control of Thulsa Doom, and evil wizard.  Conan is put into slavery, and then later he is made a gladiator.  Based on his success as a gladiator, Conan is set free.

As time passes, and based on the advice of a witch, Conan attempts to avenge his parents by going to the land of Zamora to kill Doom.  On his first attempt, Conan is captured by Doom and subsequently tortured.  Near death, he is rescued by friends and brought back to health by another wizard.  His second attempt, however, is successful, and he manages to behead Doom, saves the Princess, and begins his own path to becoming King. 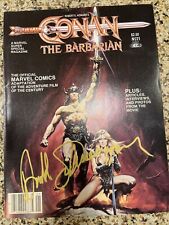 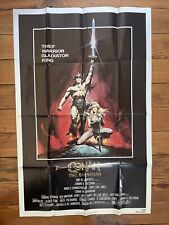 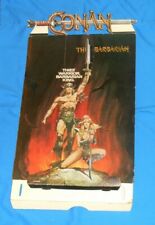 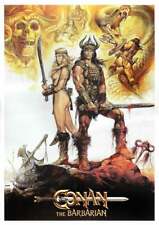 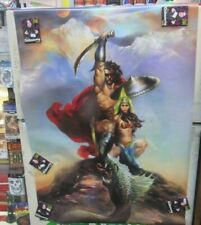 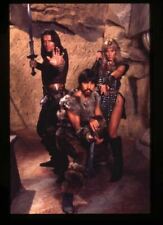