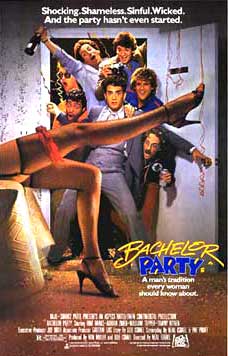 "Shocking, shameless, sinful, wicked, and the party hasn't even started."  Bachelor Party was a comedy actually based on a real party attended by the movie's producer.  The movie starred Tom Hanks as Rick Gassko, Tawny Kitaen as Debbie Thompson, and Adrian Zmed as Jay O'Neill.  The movie received mixed reviews at the time, but still made money in theaters.

In the movie, school bus driver and party animal Rick Gassko (Tom Hanks) decides to get married to the greatest thing that ever happened to him, his girlfriend Debbie (Tawny Kitaen).  After telling his shocked friends, they decide to throw the granddaddy of all bachelor parties for him.  Debbie's parents are against the match, and enlist the help of Debbie's ex-boyfriend, Cole, to try and win her back.

While Rick has his party, Debbie has one of her own, and in the end, enough wild things go on whereby fidelity is questioned.  Both parties come together in one mega-party, and Rick must convince Debbie that he has remained faithful.  In the end, Cole's attempt to kidnap Debbie is thwarted by Rick, and the couple do end up getting married. 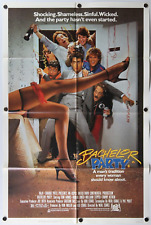 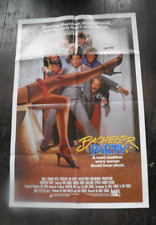 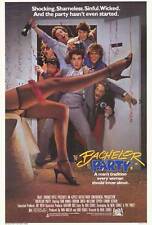 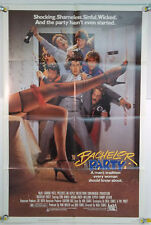 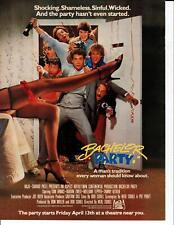 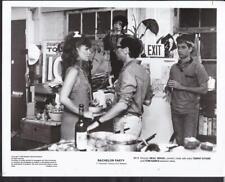 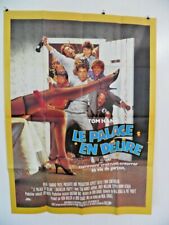 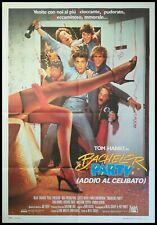