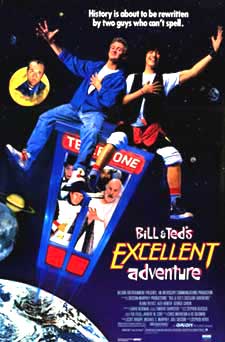 "History is about to be rewritten by two guys who can't spell."  Bill and Ted's Excellent Adventure was a science-fiction comedy released in 1988.  The movie starred Keanu Reeves as Ted "Theodore" Logan, Alex Winter as Bill S. Preston Esquire, and George Carlin as Rufus.  The movie received mix reviews, mostly positive, and turned out to be a success financially.  Not only was it successful enough to warrant a sequel in 1991 (Bill & Ted's Bogus Journey), but there was an animated series in 1990 and a live action show in 1992.  Some of you die hard fans will remember they even had their own cereal for a short time.  It is worth mentioning that in 2012, a script was being polished for another sequel, although at the time of this writing in early 2014, production had not started.

In the year 2688, a Utopian society exists based on the contributions of Bill and Ted in 1988.  In fear of their existence due to a change in history, Rufus is sent back in time to San Dimas, California to help the two pass their history class.  If they don't, Ted's father has plans to send Ted to military school, which would change the direction of their future, specifically with their band, "Wyld Stallyns", which has had the greatest influence in 2688.

Using the time traveling phone both machine provided by Rufus, Bill and Ted get the idea to actually travel through time and grab the actual historical figures for their history presentation, including Napoleon Bonaparte, Billy the Kid, Socrates, Abraham Lincoln, Sigmund Freud, Beethoven, Genghis Kahn, and Joan of Arc.  During the chaos of getting their act together, the historical figures manage to get into all kinds of trouble, both in the past and in the future.  In the end, Bill and Ted manage to get their presentation in order, and they pass their history class (and everyone gets back to their proper time). 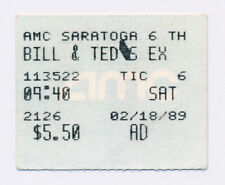 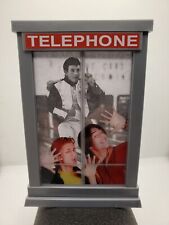 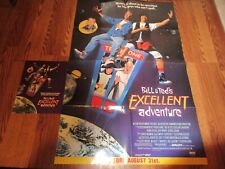 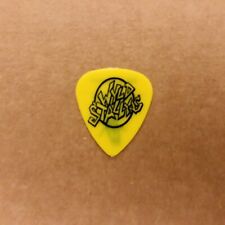 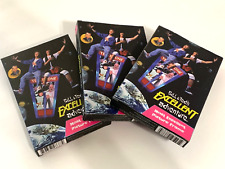 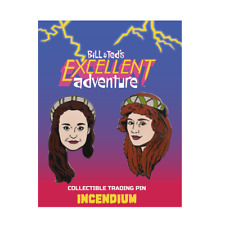 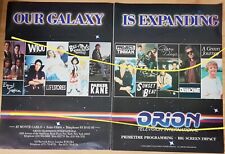