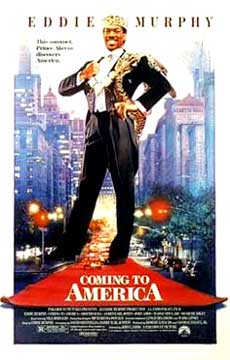 Coming to America, released in 1988, starred Eddie Murphy as Prince Akeem Joffer, Arsenio Hall as Semmi, and James Earl Jones as King Jaffe Joffer.  The movie received mixed reviews, but was still as success at the box office.  It is worth mentioning that CBS created a pilot TV show based on the movie, but it was ultimately dropped from syndication.

The very spoiled African Prince, Akeem (Murphy), is to be wed to an African princess on the bequest of his father (Jones).  Already unhappy with his pampered life, and not sure about the arranged marriage, Akeem comes up with a plan to travel to the United States, in disguise, to find an American woman to love him for who he is on the inside, and not based on his royal heritage.  Passing themselves off as students, Akeem and Semmi take up residence in Queens, New York, and get jobs at a fast food restaurant ran owned by the McDowells (who happen to have two daughters, Lisa and Patrice).

Akeem falls in love with Lisa, and the rest of the movie mostly revolves around Akeem's attempts to win her hand in marriage, much to the chagrin of Lisa's boyfriend.  After winning Lisa's attentions, Akeem begins giving away his money, and when Semmi can no longer living like a pauper, he contacts the King and Queen, who travel to the USA and expose who Akeem really is.  Lisa calls of the wedding, and Akeem travels back to his country dejected.  While going through what he thought was the arranged marriage, at the alter, Akeem is happy to find that the bride-to-be was not the arrangement, but instead Lisa. 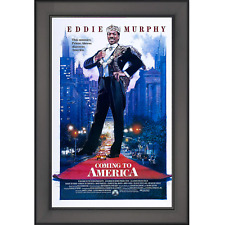 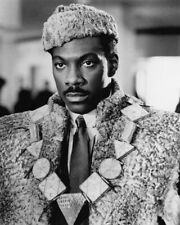 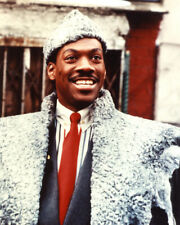 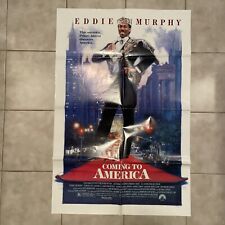 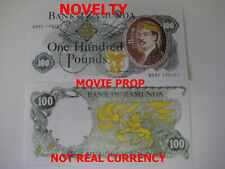 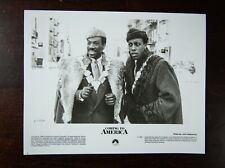 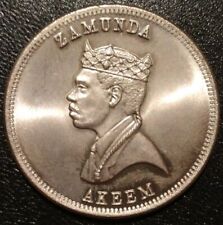 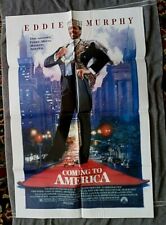 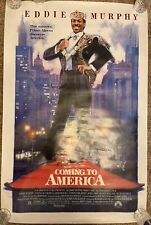 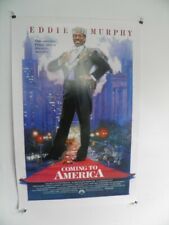