Home » silver-screen » Comedies » Gods Must Be Crazy, The

Gods Must Be Crazy, The

"It's primitive...it's poignant...it's perturbing!  But it will make you laugh, cheer, and shout!  And make you wonder that...the gods must be crazy".

The Gods Must Be Crazy was a South African comedy released in 1980 (The Gods Must Be Crazy II was released in 1989).  There were some unofficial spin-off movies released in the 1990’s as well.  The original movie made a ton of money, and was a huge hit at the box office as well as with critics.  The main character of the film was a Xi, an indigenous tribesman of the Kalahari Desert, who has lived his life in isolation, and is ignorant about the ways of the world outside of his tribe.

In the movie, the tribes people are making their way, living off of the land and enjoying life.  Every tribe member has everything they need, and they covet nothing.  One day a glass Coke bottle is tossed out of a passing airplane, and thinking it is a gift from the gods, it soon finds a home with the tribe.  They find a number of uses for it, and it does not take long before it becomes a point of contention among the tribe, as everyone has a use for it, but there is only one Coke bottle to go around.  To eliminate the rage, jealousy, and overall chaos that the bottle is causing, Xi decides to take it to the end of the world and throw it off.

Along his trek, Xi runs into a wild cast of characters, such as a biologist, a school teacher, a group of guerrillas, and a safari guide name Jack Hind.  Xi gets mixed up in the chaos that results from the intersection of everyone’s lives, but soon he makes it to the end of the world (a cliff with clouds below it), and throw the bottle over.  The end of the movie has him returning to his family, who welcome him with open arms. 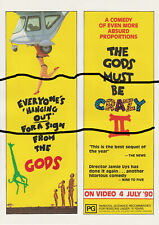 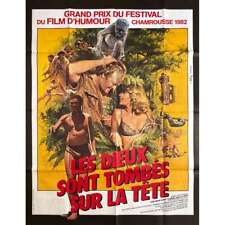 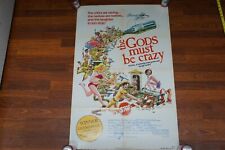 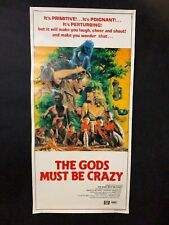 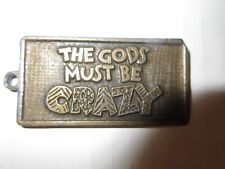 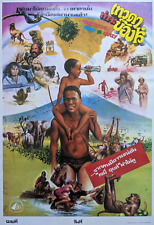 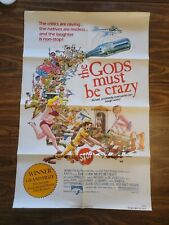 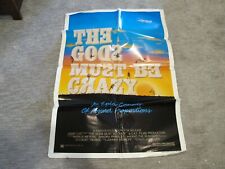 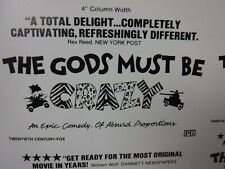 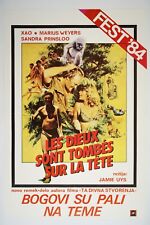