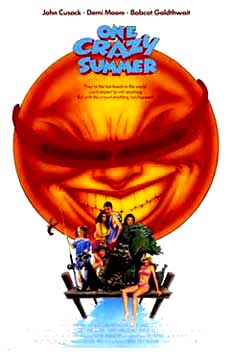 "They're the last bunch in the world you'd expect to win anything...But with this crowd anything can happen!"

One Crazy Summer was a romantic comedy released in 1986.  It was written and directed by Savage Steve Holland, whose previous film was Better Off Dead.  The movie starred John Cusack as Hoops McCann, Demi Moore as Cassandra Eldridge, and Bobcat Goldthwait as Egg Stork.  The film received mixed reviews from critics.

Cusack stars as Hoops, a high school senior who had hopes for a college basketball scholarship, but who instead wants to attend the Rhode Island School of Design to become a cartoon illustrator.  Part of the admission process for that school is that applicants are required to create illustrated love stories.  He decides to spend his summer in Nantucket with friends, while working on his story.

On the way to the summer house, they pick up a rock singer named Cassandra (Demi Moore), who not only happens to have a motorcycle gang after her, but is also on a mission to save her grandparent's property for greedy developers.  Along the way, Hoops and his friends team up with Cassandra to help, and a love story in cartoon form and real life form begins to blossom. 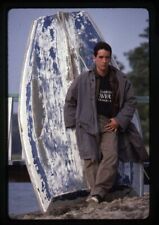 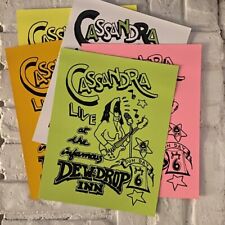 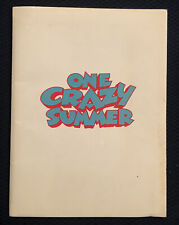 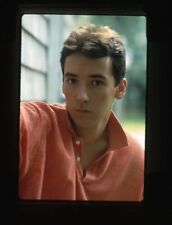 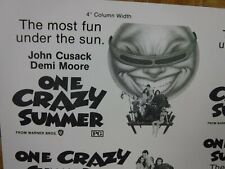